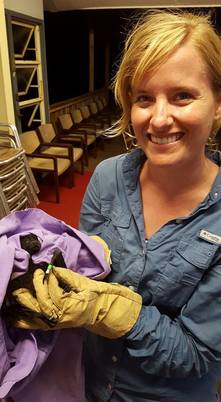 Bio
I come from a strong background in infectious disease research and am particularly interested in the intersection between human, animal and environmental health with an emphasis on wildlife infectious disease. Prior to my PhD studies at the University of Sydney, I completed my Bachelor of Science in Fish, Wildlife and Conservation Biology from Colorado State University in 2011. For my undergraduate thesis, I spent three months in Kruger National Park, South Africa studying the impacts of land management on ungulate behavior. In addition to my interest in land management and ecosystem health, my interest in wildlife disease stemmed from my time as a student intern for the Colorado Parks and Wildlife.

After completing my BSc I worked for several years at various organizations in Colorado focusing on wildlife health, conservation, and zoonotic infectious diseases before deciding to pursue a Master's degree in Global Health at Duke University. During my time at Duke University, I trained with the Duke One Health Laboratory where I studied the role of small mammals in the ecology of tick-borne pathogens in northern Mongolia. My team was lucky enough to have a short film made about our research on tick-borne pathogens in Mongolia which can be viewed here. Prior to coming to the University of Sydney to start my PhD, I continued to work for the Duke One Health Laboratory where I served as a Research Analyst studying infectious disease at the human-animal interface in the United States and Kunshan, China. 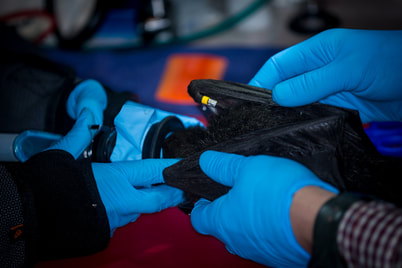 Research
Once considered a biodiversity hotspot, Christmas Island has been impacted by anthropogenic disturbances including land use change and introduction of non-native species. These disturbances pose considerable threats to species diversity on the island and are thought to have led to the extinction or probable extinctions of four native mammals. The Christmas Island flying-fox (CIFF, Pteropus malnotus natalis) is the last remaining mammal on Christmas Island and its numbers have declined significantly in the past three decades.  As a keystone species the loss of the CIFF would prove catastrophic to the Christmas Island ecosystem. While threats to the population are unknown, potential theories for the populations decline include exposure to heavy metals, inadequate nutrition, and infectious disease.

The second largest phosphorous mine in Australia is located on Christmas Island. Due to mining and settlement, nearly 30% of Christmas Island has been cleared. While re-vegetation programs are in place, non-native vegetation was historically planted in re-vegetated areas leading to a large proportion of non-native vegetation across the island. While heavy metals and introduced vegetation remain a threat to the CIFF the impact of these threats to the population remain unknown.

Therefore, my project aims to address the role of infectious, nutritional, and toxicological diseases impacting the CIFF population and the potential for zoonotic infectious diseases harbored by the CIFF.
Academic Publications​
​Google Scholar Page
​University of Sydney Page