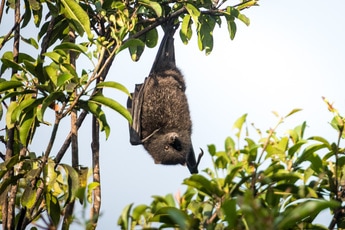 ECOLOGY AND CONSERVATION OF THE CRITICALLY ENDANGERED CHRISTMAS ISLAND FLYING-FOX

The CIFF was listed in January 2014 as Critically Endangered under the Commonwealth Environment Protection and Biodiversity Conservation (EPBC) Act 1999. The latest population estimates suggest there are only 1369 ± 534 individuals remaining, and if the causes of decline are not identified and remedied, it too will become extinct. The precipitous decline of the CIFF has serious implications for Christmas Island’s endemic flora and fauna as its role in seed dispersal and pollination is critical for maintaining the health of the island’s unique ecosystems.

Current research is centred around the behavioural ecology and health of the CIFF, with a focus on understanding social organisation, foraging ecology, toxicology, and nutritional and infectious diseases affecting the population. 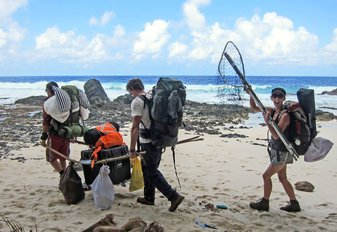 The Albert’s lyrebird is a unique and charismatic bird found in a restricted area of wet forest in northern NSW and southern Queensland. Males mimic heterospecifics and accompany their complex calls with an elaborate dance display to attract a mate. While previous work has shown that lyrebirds exhibit some variation in their calls the mechanisms for this have not been explored, nor have any possible differences in the accompanying visual displays. Albert’s lyrebirds are listed as vulnerable in NSW and Near Threatened in Queensland, and understanding population differences and how these relate to the environment and genetic structure of the species would assist in the conservation of this mesmerising bird.
​
Field work will be based in the lush subtropical rainforests of the national parks in the Scenic Rim and Gold Coast Hinterland area. This area has a rough and steep terrain, and volunteers need to be physically fit and able to walk long distances in remote places, as well as willing to work in cold, wet and muddy conditions. Assistance is required with finding display platforms and obtaining sound and video recordings.
Requirements:
How to apply:
Cultural evolution has been studied in human populations, primates, cetaceans, and some birds. Yet relatively few studies have taken place in natural systems. The Superb lyrebird (Menura novaehollandiae) is a famous vocal mimic, able to imitate a variety of other species and replicate complex sounds. Lyrebirds occupy spatiotemporally diverse habitat, their dispersal is often limited, and song repertoires, which include a substantial learned component, vary geographically. They are also long-lived (~30 years) and have been shown to improve mimicry overtime. This makes the lyrebird a compelling animal model for the study of social transmission of behavioural phenotypes through space and time. To examine the mechanisms of cultural evolution, this project will take advantage of the introduction of the lyrebird into Tasmania (c. 1934), where it is not native. There, by collecting audio-visual, ecological, and genetic data from the translocated population, we can make comparisons with the source population and quantify cultural evolutionary processes in an enigmatic Australian songbird.

Field work will be based in the central and southern ranges of Tasmania, a world class destination for biologists and adventurers alike. The work will require lots of walking in cold and rough conditions, and a Wallacean-like tenacity for field research. The tasks of the volunteers involves helping with the locating lyrebirds and assisting with the collection of audio-visual, ecological, and genetic data.

​​This project is a subsidiary of the overarching NSF-funded research program entitled "Tempo and modes of cultural evolution in the complex display of the superb lyrebird" (for program details, see here).
Requirements
How to apply 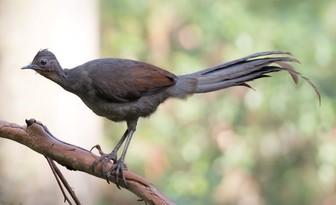 THE STRUCTURE AND FUNCTION OF VOCAL MIMICRY IN FEMALE SUPERB LYREBIRDS
​
Recently it was discovered that song is widespread and ancestral in female birds. This discovery challenges the idea that sexual selection is the driving force behind song.  In this project, we will examine the structure and function of female vocalisations, including vocal mimicry, using the superb lyrebird (Menura novaehollandiae) as a model system.

The superb lyrebird is an iconic Australian species, and males are famous for their ability to accurately mimic sounds in their environment. Less well-known, however, is that female superb lyrebirds also produce both complex and diverse vocalisations, and these appear to be used in female-specific behaviours. Intriguingly, the sounds mimicked by females seem to be different to those mimicked by males, and the propensity to mimic varies greatly among females.

That female superb lyrebirds, like males, are capable of learning complex sounds in their environment raises the question of what accounts for sexual differences in vocalisations in this species. The different structures of mimetic vocalisations between males and females also indicate different selective pressures for complex vocalisations. However, the functions of female lyrebird vocalizations are not presently understood. This project attempts to address these gaps in research.

Field work will be based in remote locations of the Blue Mountains National Park in NSW Australia. Volunteers will provide assistance with nest finding, behavioural observations, acoustic recordings and field-based experiments. 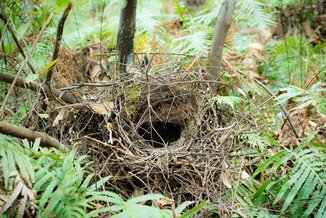 Requirements
How to Apply


The function of acoustic communication is commonly studied in birds, but relatively little research has examined this topic in bats, even though bats are often highly vocal and social.

The ghost bat (Macroderma gigas) is an iconic Australian endemic that produces a diverse range of complex vocalisations of unknown function, and thus provides an exciting opportunity to investigate the function of non-echolocation calls in bats.

Fieldwork will be based in the Top End of the Northern Territory, a beautiful tropical region of northern Australia. The volunteer will provide assistance with experiments and observations of ghost bat colonies in captivity and in the wild. Activities will include working in remote locations, capturing and processing bats, making behavioral observations and recording acoustic data. Volunteers will need to have been previously vaccinated against rabies to assist with capture/handling of ghost bats and collection of biological samples. The ability to work in hot/humid conditions and difficult terrain is a must.

Requirements
How to Apply